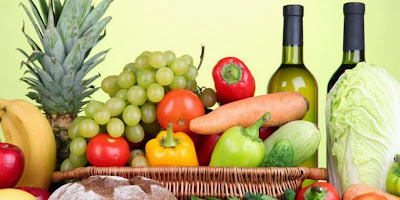 Most nutrition experts argue, a good diet is to eat smaller portions but with a frequency more often, like five times a day. They claim, in that way, slim body is more easily obtained, as well as healthier.

It turns out that eating five times a day is not only good for health. According to a new study, it’s also a way to provide the quality of your love life better, particularly to eat vegetables and fruits. Because the method of eating as it helps improve the appearance so it looks more attractive.

The researchers said the study findings reinforce the suggestion to increase the consumption of fruits and vegetables in the daily diet. They said additional one to two servings of vegetables and fruit a day is alone in being able to make changes.

In a study published in the Royal Society Journal Biology Letters, the researchers from York St Andrew and Cambridge University conducted experiments on a number of respondents, both men and women, by taking a picture of them. Researchers then create multiple versions of the photos and then pointed to the other respondents. Respondents were asked to rate how attractive photograph his version.

While other photo version is made with a similar color, but the face is made beyond recognition as a human being. However, it is still assessing the respondent ‘s version of the photo interesting.

The researchers concluded, shiny skin makes a person more attractive in the eyes of others. Someone who has a lustrous skin also generally considered more healthy.

Previous studies found that people who eat plenty of fruits and vegetables, especially those containing carotenoids, have healthier skin and lustrous than those who do not. In fact, in small quantities, the consumption has been able to make changes.

“Supplement to eat one or two servings a day are able to provide a change in four weeks,” he concluded.