Nail polish as one of women’s favorite cosmetics, both teens and adults, are now popular again. But be careful, before buying make sure you pay attention to the ingredient beforehand yes. 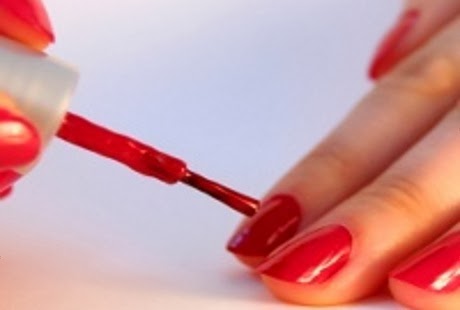 Quoted from Max Health News, Tuesday, concerns about potentially risky substances in nail polish questioned. This is mainly related to the three main content contained in some nail polish, among them formaldehyde, a carcinogen or cancer-triggering substances are used as a hardening agent nails.

While the two other materials associated with developmental disorders, namely toluene to retain the plasticizer dibutyl phthalate and color (DBP) for added flexibility and sheen to the nails.

Although the United States had conducted several campaigns to eliminate or replace the content of these three, in fact, the California Department of Toxic Substances Control returned to find that some companies only change the label, but still use it.

Janet Nudelman, co – founder of an advocacy group Campaign for Safe Cosmetics, said there was concern some people may be at risk from these chemicals, although most companies claimed most of their products are safe for consumers.

“Using only occasionally and not every time may not lead to the emergence of long-term health consequences., But some researchers say there is a concern for those who work in nail salons, ” said Nudelman.

In addition to them, the children are also known to be highly susceptible to phthalates such as DBP, as it may pose a risk of impaired growth and development. Because the fact that some pediatricians often give suggestions to reduce the nail biting habit in adolescents who use nail polish.

Pregnant women are also advised to not use nail polish or nail polish during pregnancy. Quoted from realbeauty, nail polish and polish remover fluid is known to contain harmful chemicals that can cause pregnancy problems such as birth defects and impaired growth and development of the fetus. Therefore, before purchasing and using nail polish, pay attention to womb health.