The most efficient way to inhibit the progression of HIV infection is the use of anti-retroviral drugs (ARVs). Even so, a study from Africa indicate, the consumption of multivitamins and supplements of selenium also has a good ability to reduce the risk in those who had not undergone antiretroviral treatment. 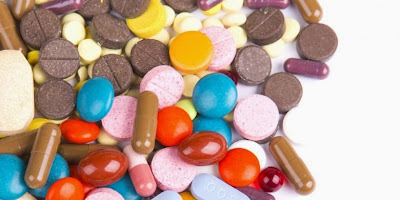 According to the study, multivitamins and selenium may have an effect on people living with HIV (PLHIV) for two years. It remains unclear whether these effects could occur in a longer period.
It is also related to the study participants were limited to PLHIV in Africa who have not received antiretroviral treatment. Meanwhile, in developed countries like the United States, once a person is diagnosed HIV positive, antiretroviral treatment was started immediately.
Dr. Jared Baeten, professor of global health at the University of Washington USA said, these findings are very useful as a new strategy of delaying the progression of HIV. Because not all people diagnosed HIV-positive, or would soon be able to start ARV treatment.
Chairman studies Marianna Baum, professor of diet and nutrusi at Florida International University’s School of Public Health Stempel said, previous studies showed, PLHIV who have a healthy diet can not properly process the nutrients from food. Thus, supplementation can be beneficial for them?
Baum noted, no one has previously examined how the immune system is improved with a multivitamin while they have not yet started antiretroviral treatment. Baum and his team also performed an analysis of 900 PLHIV in Africa. Most of those given placebo, partly given multivitamins containing vitamins B, C, and E. The other group was given a multivitamin and selenium supplements, and some are only given selenium supplements.
The study, published in the Journal of the American Medical Association that found that there is no treatment that provides a meaningful impact on the immune PLHIV except in the group given the combination of multivitamin and selenium supplements. Even after statistically analyzed based to include other factors, the conclusion remains the same.
Compared to the placebo group, PLHIV who were given a combination of multivitamin and selenium had a 50 percent lower risk for entry into the AIDS stage after two years. Baum has not received information about the price of multivitamins and supplements of selenium, but the estimated price is relatively cheap and does not cause side effects.
According to Baum, multivitamins can strengthen the immune system, while providing mineral intake of selenium supplements that suppress the growth of the virus. “Remember, not smbarang vitamins can increase endurance PLHIV, in combination with selenium is the most effective,” he said.
In addition, Baum also emphasizes the study goal is not to reduce the need for antiretroviral treatment. According to him, antiretroviral drugs are still the gold standard to reduce the amount of virus.
Going forward, the research team will conduct further experiments to see the effectiveness of multivitamins and supplements of selenium against PLHIV who had received antiretroviral treatment.