The Medical Benefits of Virgin Blood.

What’s the first thing in your mind if someone told you that an organization, or even a hospital are seeking blood of 100 virgins for sample? That must have been for some hocus focus ritual or some supranatural stuffs.

When Peking University Cancer Hospital in China issued a notice for request of virgin blood, it was a blow in society. The hospital and research center requested 100 samples of female blood age ranged from 18-24 years old. The condition was that the source must be virgin, as reported by Huffingtonpost.com, Monday (16/9). 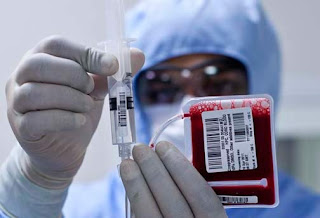 Guan Jiuping, the hospital spokesman confirmed that the blood request has absolutely nothing to do with any ritual or blood sacrificial. The researchers at the hospital was investigating human papilloma virus (HPV). The virus was known to attack genital areas, up to uterus.

So why virgin?
It wasn’t that complicated. HPV finds its way to spread by sexual intercourse, easier for those who often change partners. For female who are yet to have sex, the risk for HPV is very low. That’s the reason why the researchers only asked for blood from virgin for negative control in their research.

According to data reported by IBTimes.co.uk, there have been 50 female virgins who enroll for a blood sample. Surely the blood to be taken in just small amount. Ultimately, this research aims for science in medication, particularly to protect women from the risk of getting HPV.