Scientists find radioactive can be used to destroy the HIV – AIDS virus is hiding in the patient’s body, even in the brain. 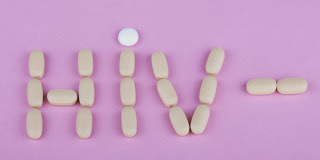 This approach is part of an effort to cure AIDS. The researchers finally thought to look for ways destroy the HIV – AIDS virus, after 30 years of fighting the deadly virus that is incurable. To this end, the White House and the National Institutes of Health ( NIH ) announced a research as an effort to cure AIDS, with an investment of 100 million dollars.

In previous studies, the researchers never tested by modifying therapies currently used for leukemia patients. The test is performed on the blood of 15 patients with HIV. The researchers found evidence that this modification therapy is able to reach the infected cells. Latent cells is what causes HIV can not be cured. Infected cells is hiding in the body, silent, but when the treatment stops, these cells react back.

Ekaterina Dadachova of the Albert Einstein College of Medicine of Yeshiva University in New York and colleagues, is working to eradicate this latent cells with cancer therapy called radioimmunotherapy.

Radioimmunotherapy using a monoclonal antibody, an engineered version of the virus the human immune system, which then come into contact with radioactive material, bismuth – 213. These antibodies are designed to recognize HIV, then the infected cells, and deliver lethal radiation HIV virus.

” Radionuclide which we use to deliver radiation only HIV-infected cells without damaging the surrounding tissue, ” said Dadachova.

According to him, this therapy is not dangerous because the basic idea of using isotope radioimmunotherapy for HIV -infected cells that can be targeted appropriately.

Based on testing in mice, this therapy is able to eliminate infected cells in the body, at least in cells that could be detected using this method. Because of the demonstrated efficacy in animal testing, a team of researchers then conducted a clinical trial to 15 patients who were undergoing HIV therapy.

In a meeting of the Radiological Society of North America, this therapy revealed Dadachova destroy infected cells were still lodged in the patient’s body, even in the brain. Drugs can not even give results like this.

Until now there is no cure for AIDS, and vaccine did not provide optimal results. Called antiretroviral drug therapy can suppress the virus to the lowest level and much less likely to infect others. Even so, there are still remaining virus. And if the treatment is stopped, the virus appears again. Although, in some relatively rare cases, patients can be cured with this drug therapy.

According to Clyde Crumpacker of Beth Israel Deaconess Medical Center and Harvard Medical School, Boston, one problem that arises when trying to eradicate HIV is the virus can hide inside cells.

” Some HIV-infected cells fly under the radar of the immune system, ” he said.

Antibodies can recognize which cells should be attacked because these cells show little of the protein on the cell surface. But HIV is integrated with cell DNA. And according to experts, this virus can infect cells without showing its presence. So clever as any of antibodies will not be able to find or recognize it.

Meanwhile, according to Anthony Fauci, director of the National Institute of Allergy and Infectious Diseases, these findings are still limited to experimental and has not been tested in humans.

Of that, Dadachova said his team is being asked for permission and seeking funding to conduct testing in patients in South Africa and the United States.

However his condition, the U.S. Congress cut the budget includes some funding medical research. Even so, the NIH is still seeking additional funds for AIDS research.

” Research on AIDS is an example of an area that is progressing from year to year, and always generate new and exciting opportunities, both in the knowledge base would also knilis, so it should continue to be pursued, ” said NIH Director Francis Collins.