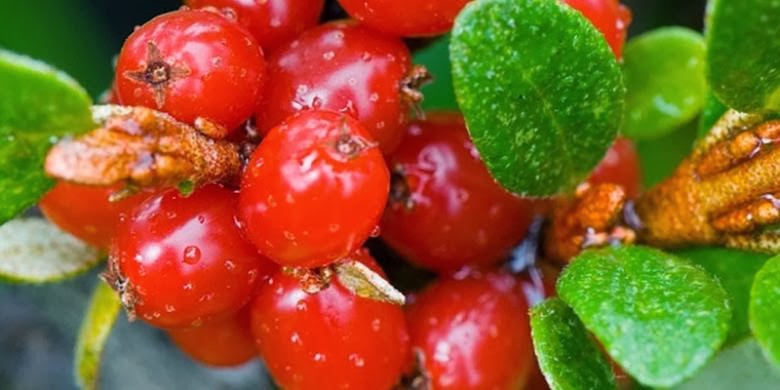 Researchers claim they have found the latest superfood in early 2014. Its say superfood because of the content of nutrients in this food, including alkaline fluid that nourish the body naturally. The name of this superfood is Buffaloberry.

Buffaloberry is a native fruit from South American soil. Just like other berries, Buffaloberry small, red -colored, with a mix of sweet – bitter flavor. Fruit containing anti-cancer compound lycopene is actually not a new thing.

The fruit is commonly grown in the bush and requires little maintenance, up to flowering and fruiting. Fruit is also known as shepherdia this, a lot of growing in the wild in the former residence of Indian tribes in the north and south Dakota. The fruit is commonly eaten first Native Americans.

Research published in the Journal of Food and Science stated, this wild fruit turned out to contain valuable nutrients. Ease of growth and nutrient content abundant, causing the fruit is suitable to be consumed developing economies to meet their nutritional needs.

The content of antioxidant lycopene in Buffaloberry was very high, reaching 55 percent in the form of apo – 6′ – methyl lycopenoate. These antioxidants also that gives the red color to Buffaloberry.

Buffaloberry bitter taste is the result of high levels of phenolic antioxidants, which may help prevent cancer and cell aging. Buffaloberry also contain other dissolved acid up to 21 percent, to make it suitable as raw material for wine.

According to researchers, the current develop investment to Buffaloberry is still limited. Moreover, the findings Buffaloberry benefits is still relatively new. However, the same conditions do not necessarily happen in the next few years.

Buffaloberry cultivation would provide advantages both in terms of nutrition and economics. This is because Buffaloberry holds the potential to continue to grow, consumed, and marketed