Body height Can Be Identified Through Voice 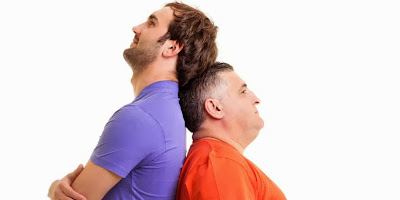 Recent studies have discovered, without the need to see immediate, the voice can determine a person’s height.

Researchers enrolled male and female respondents to listen to the voices of men and women who are reading with varying height. The respondents were asked to make a sequence of speakers from the highest to the most short- speakers.

As a result, men and women who listen to the sound reaches up to 62 percent accuracy rate in identifying high speaker. The accuracy rate is higher than the test conducted by the researchers themselves without involving the respondent.

The results of this study were presented at the meeting of the Acoustical Society of America in San Francisco. According to the researchers, these findings could also be useful to assist in solving crimes. However, the data and conclusions of this study are still viewed as preliminary findings that need to be published in the medical journal review of the peer – group.

Psychologist who is also author of the study from Washington University in St. Louis, John Morton, said the ability to identify the height of this sound can be associated with the type of sound called subglottal resonance. Resonant sound is produced from the bottom of the airways in the lungs.

” The best way to imagine the subglottal resonance is by blowing glass bottle, filled with fluid that is not full and complete. Increasingly little liquid in the bottle, the sound produced is smaller, ” said Morton.

Subglottal resonance frequencies differ depending on a person’s height. The lower resonance, then the higher a person’s body.

” In humans, the resonance of the sound part of the group, which is similar to the orchestral music that appears when playing a glass bottle. ‘s Not easy listening sound resonance, ” said Morton.