Blood tests can be predictive of death

Everyone who lives doomed to death. But how if death could be predicted? Researchers from Finland and Estonia revealed that they are developing a technique to predict death within the next five years. This technique is done only by a blood test.

Researchers tried to observe 17,000 blood samples. They observed biological indicators in the blood that indicate the presence of abnormalities in the blood cells. That way, the researchers could predict a person’s risk of dying in the next five years. The study, published in PLoS Medicine this is a technique that is less expensive, as reported by Mashable ( 06 / 03 ).

Four biological markers used include albumin, alpha – 1 – acid glycoprotein, citrate, and lipoprotein particles indicates abnormalities in the body. This molecule can exist in the blood of all men, but are considered by the researchers is the number of markers in the blood. 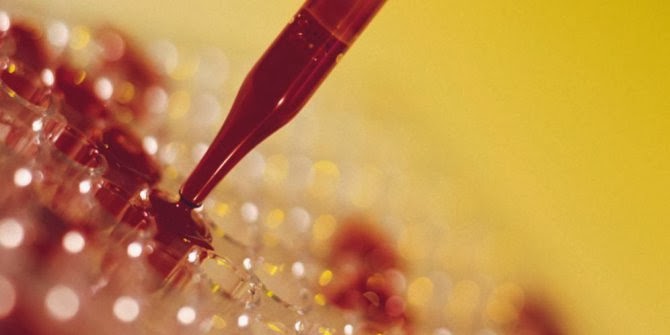 ” Interestingly, these biomarkers can indicate a person’s risk of death due to many diseases such as heart disease or cancer, ” said lead researcher Johannes Kettunen from the University of Helsinki.

In addition to performing blood tests, researchers also consider other factors such as age, weight, smoking habits and alcohol consumption, as well as cholesterol levels and other. Further research will also examine the association between markers of one another.

In the future researchers also plan to create an application that can identify existing disease in apparently healthy people. This is certainly very good to make people more aware of their health status and likely to prevent it.